The CWDS was established as an autonomous research institute in 1980 with initial support from the ILO. The founders of CWDS were the authors of famous Government of India report on The Status of Women i 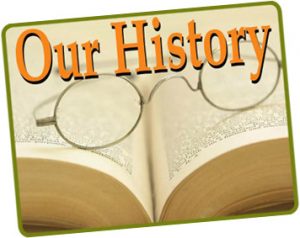 n India, prepared for the UN Year of Women in 1975. This landmark report demonstrated that the economic, social and political status of women had actually deteriorated despite the progressive intentions of post-independence state policy. Founded in response to this shocking discovery, the CWDS took on the mission of studying – with a view to transforming – the social values, institutes and practices which marginalise women in developmental processes.

Since its inception and subsequent recognition by the Indian Council of Social Science Research (ICSSR), the CWDS has been committed to expanding the scope of gender perspectives within the social sciences, thus developing women’s studies as an inter-disciplinary, problem-oriented field of rigorous research and policy intervention. Our vision is to produce creative, theoretically-informed and empirically-rich research that will help establish women and gender issues as critical, indispensable components of every aspect of education, development and state policy.

Through its research, action, documentation, training and networking in the intervening years, the Centre has been steadily deepening its critical analyses of trends and issues related to women and gender. Seeking new directions in feminist scholarship, its faculty have initiated and facilitated multi-disciplinary explorations, found new institutional partners as well as shared its research findings with a growing network of scholars and activists. In response to the major economic, political and cultural shifts and unanticipated challenges that have brought us into the twenty-first century, CWDS is effecting a synergy between existing concerns and new compulsions.

In its formative years, an underlying commitment of the CWDS was to play the role of catalyst, stimulating processes which would work towards the constitutional goals of women’s equality and participation in all aspects of national life. The early research projects of the Centre – on land rights, women’s work, natural resources, the law, and family strategies (to name a few) – as well as its action project in West Bengal have reflected a quest to better understand the forces at play in Indian society from the perspectives of women’s lives, especially the most disenfranchised.

Book Donations
Donations of Old Periodicals/ Magazines and other writings